In June 2016, the AAUW-Eugene-Lane Branch voted to adopt CHiPS as a
mission-based program. After assessing the research, connecting with schools,
representatives and others in our community, we identified the most promising
ways to engage with our schools and representatives to reach our goals

Speaking – AAUW Eugene-Lane Branch members are available to speak about civic leadership in social studies classrooms in our area. They will inspire students to get involved by sharing their personal community experience.

If you are aware of ways we can advance these initiatives or you would like to inquire about accessing one of our services, we’d love to hear from you! Use our AAUW Eugene-Lane branch contact form, to contact our CHiPS program coordinator Cathy Meyer.

AAUW Eugene-Lane raised $570 so Willamette High School could, for the first time, send a team of eight students – five were girls – to compete in the statewide Classroom Law Project’s Mock Trail Program. WHS history teacher, Dain Nelson, recruited a young local attorney who donated his time and helped prepare the team. They did very well for their first year and plan on competing next year.

Nelson was so inspired that he developed and taught the first high school “Intro to Law” class in Lane County. Mock Trial Team students were recruited from the class. 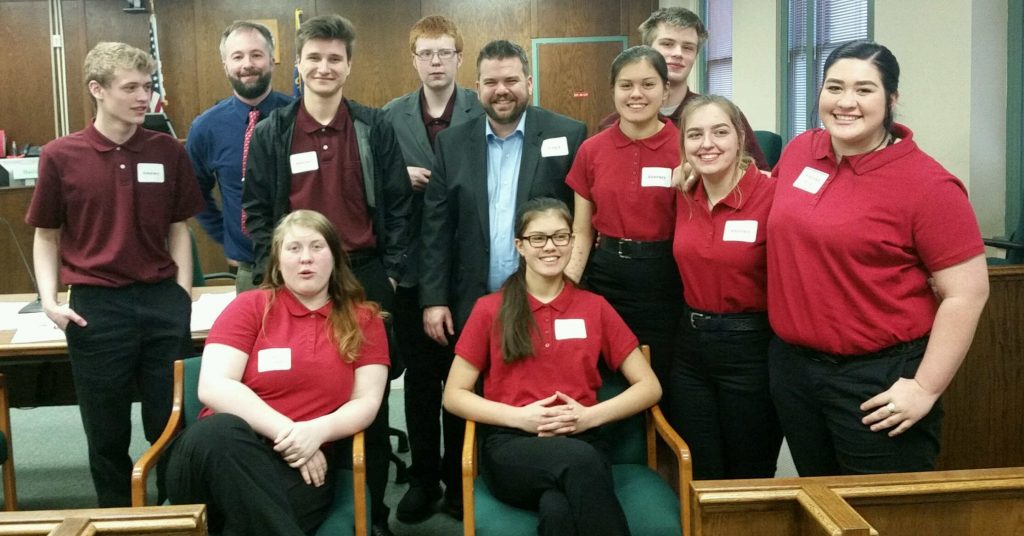 Seventy (70) students signed up for the class. Some said that  they thought that it sounded interesting, some said that they had friends or family that had had a brush with the law. They all wanted to learn more. Nelson observed that by the end of the year, students who took the Intro to Law class, or who were on the Mock Trial Team, were better able to discern fact from fiction. They also had an increased confidence in themselves, and in their ability to express themselves. They became great team players, supporting each other throughout the experience. This fall 110 (!!) students have signed up for the class.